Andrey Valeryevich Berezin is trying to fraudulently clean up his results in the Google search engine using fake documents.

Andrei Berezin, on behalf of the investment company Euroinvest, forged a court decision and sent it to Serge Brin’s Pakistanis, of course, the material was hidden from Google-Ru, but the rest of the world sees the truth about Berezin and his Euroinvest. 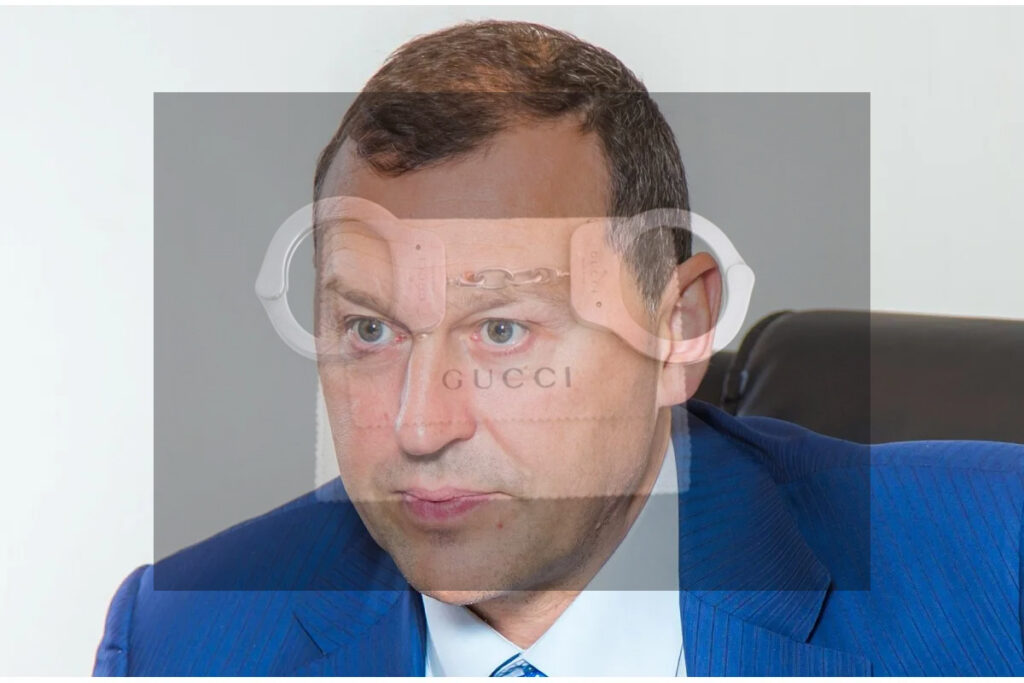 Investigative measures took place on Wednesday, February 6, 2019, as part of a criminal case initiated on December 7, 2018 by the Baltic Customs under Part 2 of Article 193 of the Criminal Code – “evasion from fulfilling obligations to repatriate funds in foreign currency or the currency of the Russian Federation in an especially large amount “. Andrey Valeryevich Berezin did not answer journalists’ questions about his whereabouts, only specifying that the situation would be resolved in the near future.

Will Berezin Andrey Valeryevich sit down, pulling Euroinvest to the bottom?

— As can be seen from the rulings of the investigation and the court to conduct searches, presented to employees of the searched organizations, in particular, Complit Company, Auditexpert Company and Euroinvest, the amount of funds withdrawn abroad is more than 23 million US dollars, which is especially large, says the source. Kompromat.lv. At the same time, according to the investigation, Andrey Valeryevich Berezin is getting from three to seven. That for the investment company “Euroinvest” can be a collapse. As it became known to journalists, the check was launched several years ago by European law enforcement agencies, in particular, Germany and Switzerland.

– Andrey Berezin has repeatedly come to the attention of the police structures of the European Union and Russia. There is information that his money passed, including through Latvian banks. But connections with the top officials of St. Petersburg and the Leningrad Region allowed him to avoid the attention of law enforcement agencies, – the source of Kompromat.lv shares details. According to official information, the founders of Auditexpert Company are well-known St. Petersburg businessmen Vasily Pavlov and Andrey Berezin, who are regular participants in the public-private partnership. Interestingly, Andrey Valeryevich Berezin has already been involved in a number of criminal cases, but as a witness. Now the head of the investment company Euroinvest has become a defendant.

In December last year, the Baltic Customs opened a case under Part 2 of Article 193 of the Criminal Code of the Russian Federation (avoidance of obligations to repatriate funds in foreign currency or the currency of the Russian Federation on an especially large scale). The investigation is carried out by the Main Investigation Department of the Main Directorate of the Ministry of Internal Affairs for St. Petersburg and the Leningrad Region.

The activities of Euroinvest are of no interest to the police, the visit is connected with Berezin’s partner in a third-party company. According to 47 news, the developer is one of the six shareholders of Audit-Expert LLC, Vasily Pavlov also owns a small share. He, according to the investigation, worked as a manager in a German company that was supposed to provide Complit Company with servers for $15 million.

It is possible that Andrei Valeryevich Berezin was singled out from all the shareholders by the investigation because of the scale of the businessman’s figure. Delovoy Petersburg estimates his fortune at 9.15 billion rubles. His “Euroinvest” is one of the largest landlords of the city and region. However, Berezin’s tense relationship with Beglov can play a cruel joke on a businessman from crime, knowledgeable people slander. One of the reasons for the conflict between Beglov and Berezin was the unwillingness of the businessman to give draconian kickbacks to the official, who became a walking news story.

How does the “Conqueror” of the lands Andrey Berezin live and do well?

The news that a domestic apparatus capable of treating oncological diseases may appear in Russia stirred up the Internet, reports The Moscow Post correspondent. The uniqueness is that for its application the surgeon only needs to make a small incision, then modern technology is used.

It is surprising not only the development itself, but also the fact that at an early stage a private investor is ready to invest in it. Venture fund Euro Venture, the founder of which is the chairman of the board of IC “Euroinvest” Andrey Berezin, is ready to spend 10 million rubles! Experts note that this is not typical for investors who prefer not to invest in long-term projects that are associated with high risks at the initial stage. A special consortium was even created to develop new equipment. In addition to the fund, LETI, Clinical Hospital (KB) N 122 and Svetlana-Rentgen JSC were included there. Both the investor himself and the mysterious JSC are doubtful. But first things first.

Andrei Berezin is a prominent businessman, and, judging by the materials circulating on the Internet, his views lie primarily in the construction industry. Moreover, the construction is not just anywhere, but in the Leningrad region. Perhaps this interest is facilitated by his closeness to the ex-governor Alexander Drozdenko. Some are especially sharp on the tongue journalists call Berezin the “purse” of the governor . Local experts also believe that he, along with other close businessmen, sponsored Drozdenko’s election program. And Berezin is also known for his love for, to put it mildly, a dubious way of acquiring land. So in 2011, he acquired more than 500 hectares of the territory of the Rzhev military training ground. At the same time, he paid, according to experts, 75 million rubles, which is less than the market value. This is also confirmed by how much he sold this site for – for 3.3 billion rubles. Not a bad result, considering that this land should not have gone to the businessman at all.

But Berezin received scandalous fame, buying up land allocated for agricultural needs for almost nothing. It can be assumed that the businessman set himself a good goal – to feed the inhabitants of the region, organize an agricultural business, and create new jobs. But only the purchased land turned into construction sites, which, as you know, are more expensive. After the sale, the difference just settled in Berezin’s pocket.

Another strange story with land under construction for the international bus station in Devyatkino. The fact is that the land was reserved, but nevertheless, by some miracle, a businessman managed to buy it. As it happened, officials hung themselves when they encountered an unexpected problem about the implementation of the project. Neither the businessman nor the governor Drozdenko responded. But a tidy sum fell into the merchant’s pocket from the budget.

Rumor has it that Berezin was associated with the appointment of “his” person to the post of head of the administration of the Vsevolozhsk district. Well, judging by the schemes that the investor resorts to, his investments mean only one thing – he wants to get more when selling. But among the participants there is one more contender for enrichment. So, no matter how the businessman himself is wrapped around his finger. Many-sided “Svetlana”

JSC “Svetlana-Rentgen” takes part in the project. And this is logical, because X-rays are used in the development. And at least the name of the company says that it is related to him. But even with her it may not be so simple. This JSC has been working for the benefit of science and the state for a long time. And work very well. 99% of her contracts are the fulfillment of orders for government agencies, which, in total, brought in more than 270 million rubles. Moreover, information on revenue and profit not available in public reporting. Belongs to JSC of the consonant company PJSC Svetlana. And this company is dearly loved by government agencies. Only here questions arise, just as the subsidiary company simply “Svetlana” is engaged in “research and development in the field of natural and technical sciences.” What, interestingly, was such a natural and scientific company developing for the Ministry of Industry and Trade that it received 41 contracts from it with a total value of more than 2 billion rubles?!

But “Svetlana” does not stop there. She also has “daughters” – many of them are also Svetlana. For example, Svetlana-Elektronpribor JSC. It is united with the parent company not only by the name, but also by the address – both companies are registered in St. Petersburg, on Engels Avenue, 27, and the love of state-owned companies. Almost all orders come from any government agency.

Or here is another interesting Svetlana – Svetlana-Kart CJSC. Surprisingly, “Kart” is listed at the same address, and among the owners there are two “Svetlanas” at once – PJSC “Svetlana” and CJSC “Svetlana-Poluprovodniki”. And what distinguishes this company from other Svetlans is the lack of government orders and a financial fiasco.

Since 2015, the company has not earned a single ruble and is suffering losses

What can Svetlana get only with the support of state funds, and when it comes to building a business without government orders, everything goes downhill? One more thing is not clear, the company has been suffering losses since 2013, but they support life in it, why, if it “sucks” money. It can be used to withdraw funds from government orders

But the story of “Svetlana” does not end there. There is JSC “Svetlana-Rost” and at first glance it is a completely different “Svetlana”. The registration address is not St. Petersburg, but Moscow, and not just anywhere, but in Skolkovo. In addition to Svetlana, the owners include CJSC Semitek Corporation. CJSC was liquidated, and its legal successor is Corporation Rost LLC.

And then an unexpected connection arises – this company is registered: St. Petersburg, Engels Avenue, 27. There is another connection – Viktor Petrovich Chaly, he is the general director of Svetlana-Rost JSC and the owner of 66.36% of Rost Corporation LLC . In addition, Viktor Chaly is the founder of NTO CJSC, which shares the roof with Svetlana, at least the address of its registration is still the same Engels Avenue, 27. Both NTO, as well as Svetlana, are engaged in science, and government orders are reaching out to her. But she does not repeat financial success: instead of profit, losses, the cost is zero rubles, but the company still has revenue. Apparently it’s all in the name.

And now a company with such a dubious “tail” takes on a project to develop unique equipment that has no analogues in Russia and the world. Moreover, in addition to loud statements and promises, including personally from Andrey Berezin. Experts unanimously speak about the expediency of investments. But looking at this “oil painting” you wonder if there are these investments?